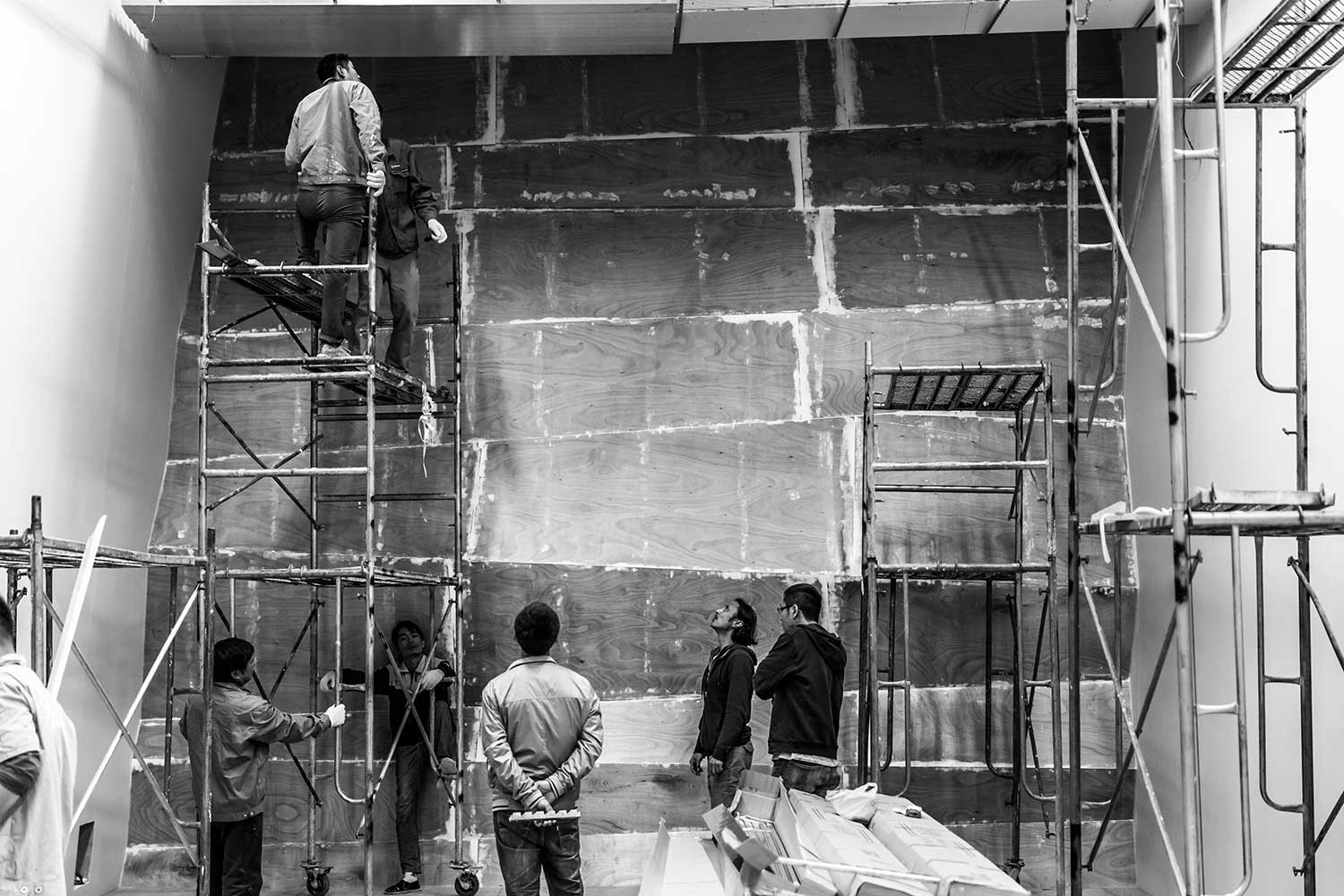 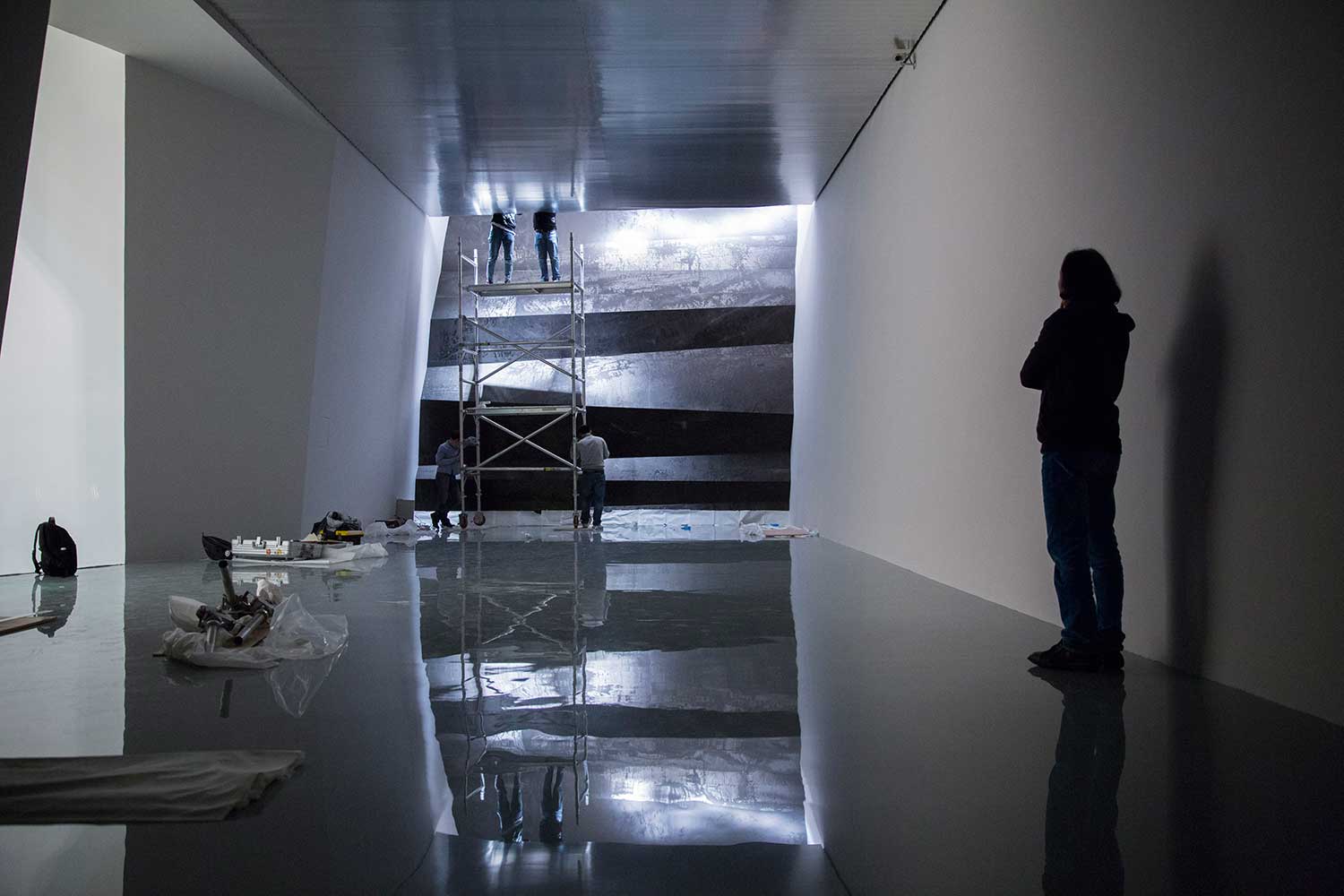 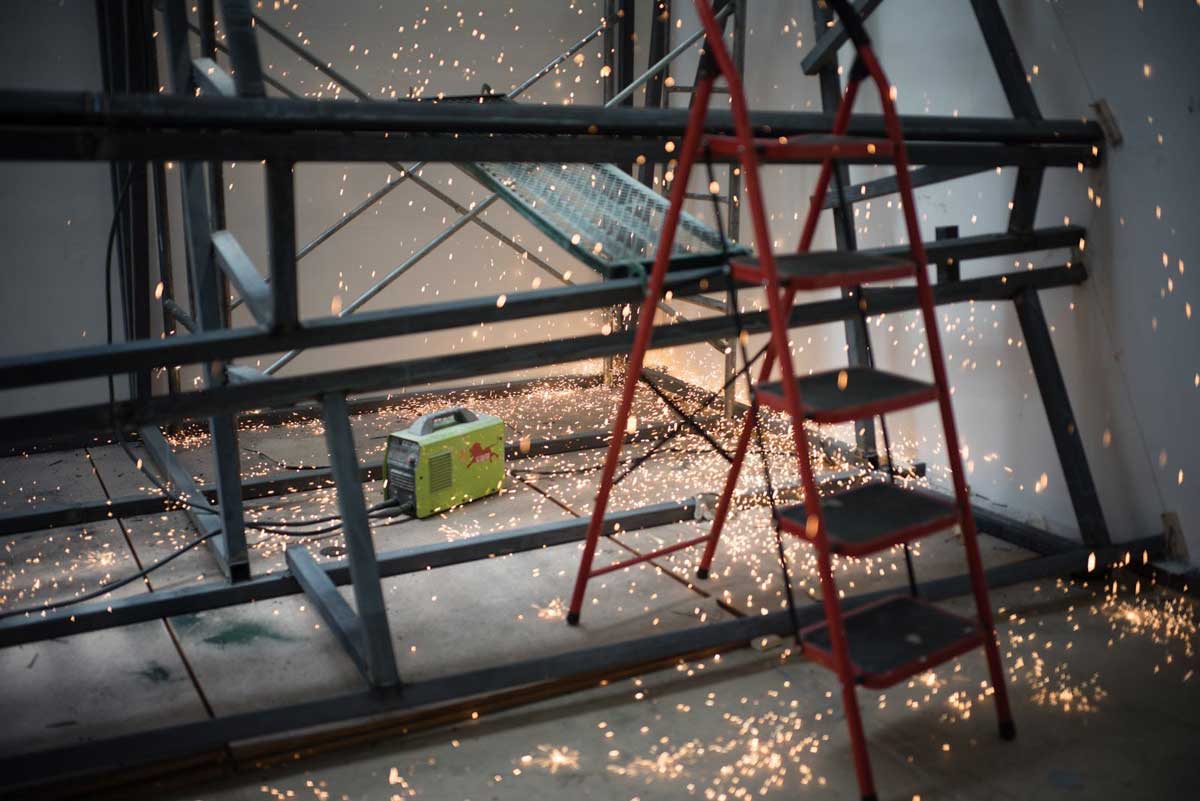 Wall of Skies is not about dualities, but continuities and fluidities. It features a monumental, multi-planar work of ink on paper within a constructed enclosure of a semi-reflective floor and slanted walls. The walls draws us along its rising and falling contours, and close towards its surface textures-vein-like fractal patterns and creases created through the absorption of ink by fibrous xuan paper. Despite its industrial scale and fabrication, its ethereal illumination recalls the West Coast light and space movement and, more distantly, the atmospheric effects of the artist's home of the San Francisco Bay Area. Without one-point perspective and architectural framing, the space is remarked by continually navigating the installation at different scales and from different vantages, as in sanyuan or 'three distances' in classical Chinese landscape painting theory. This new space of perceptual immediacy is where we and the work truly reside. 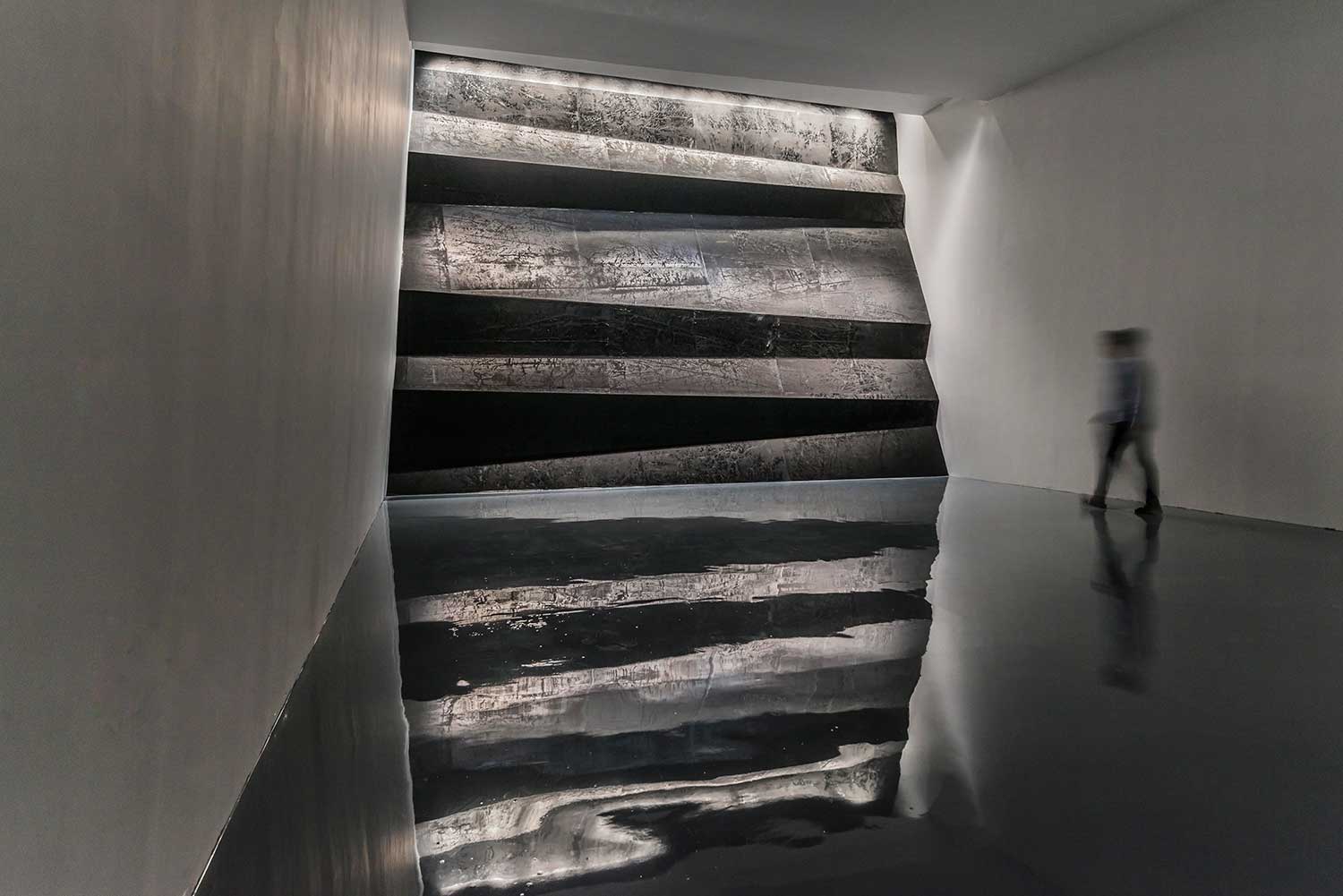 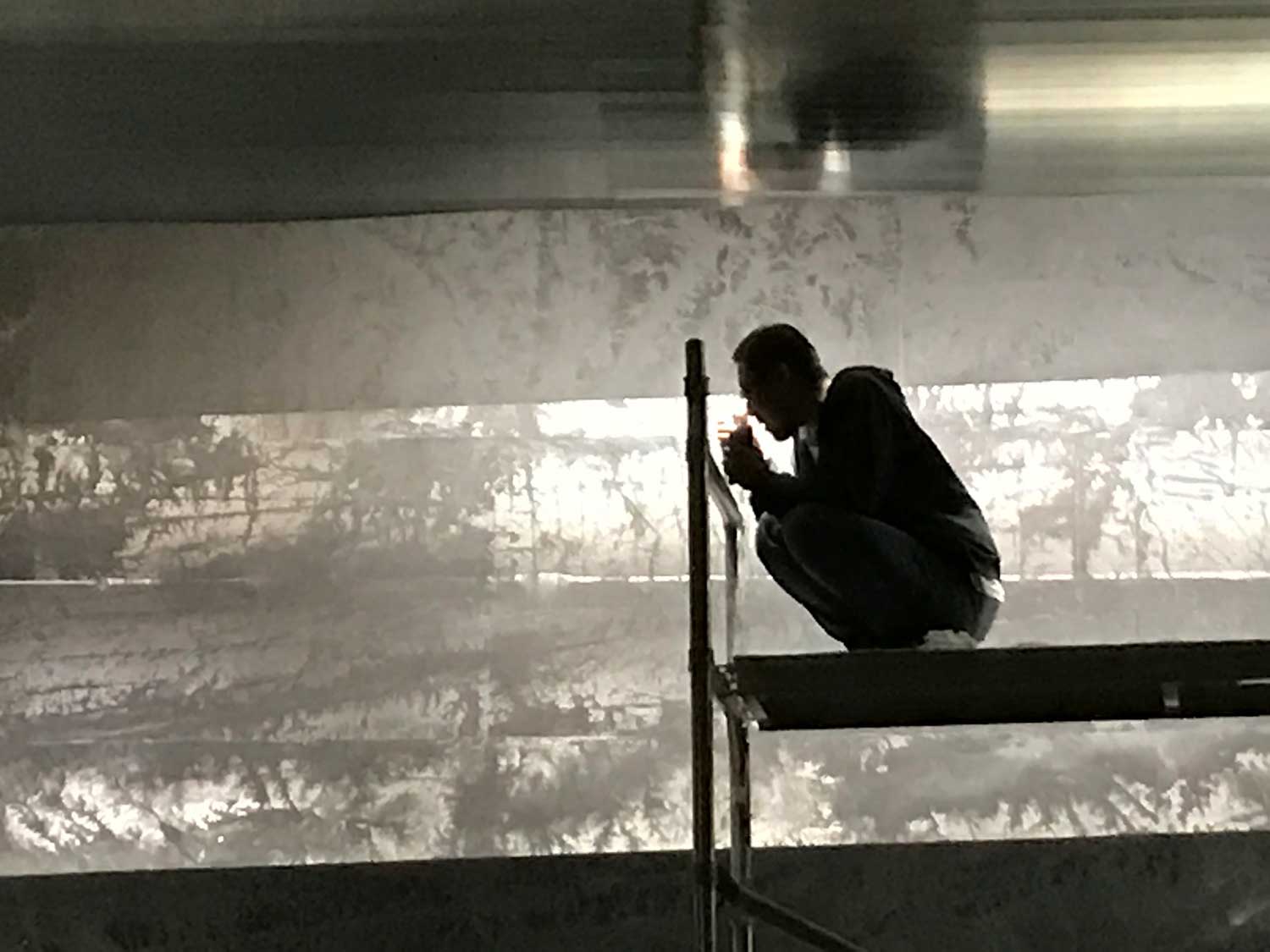 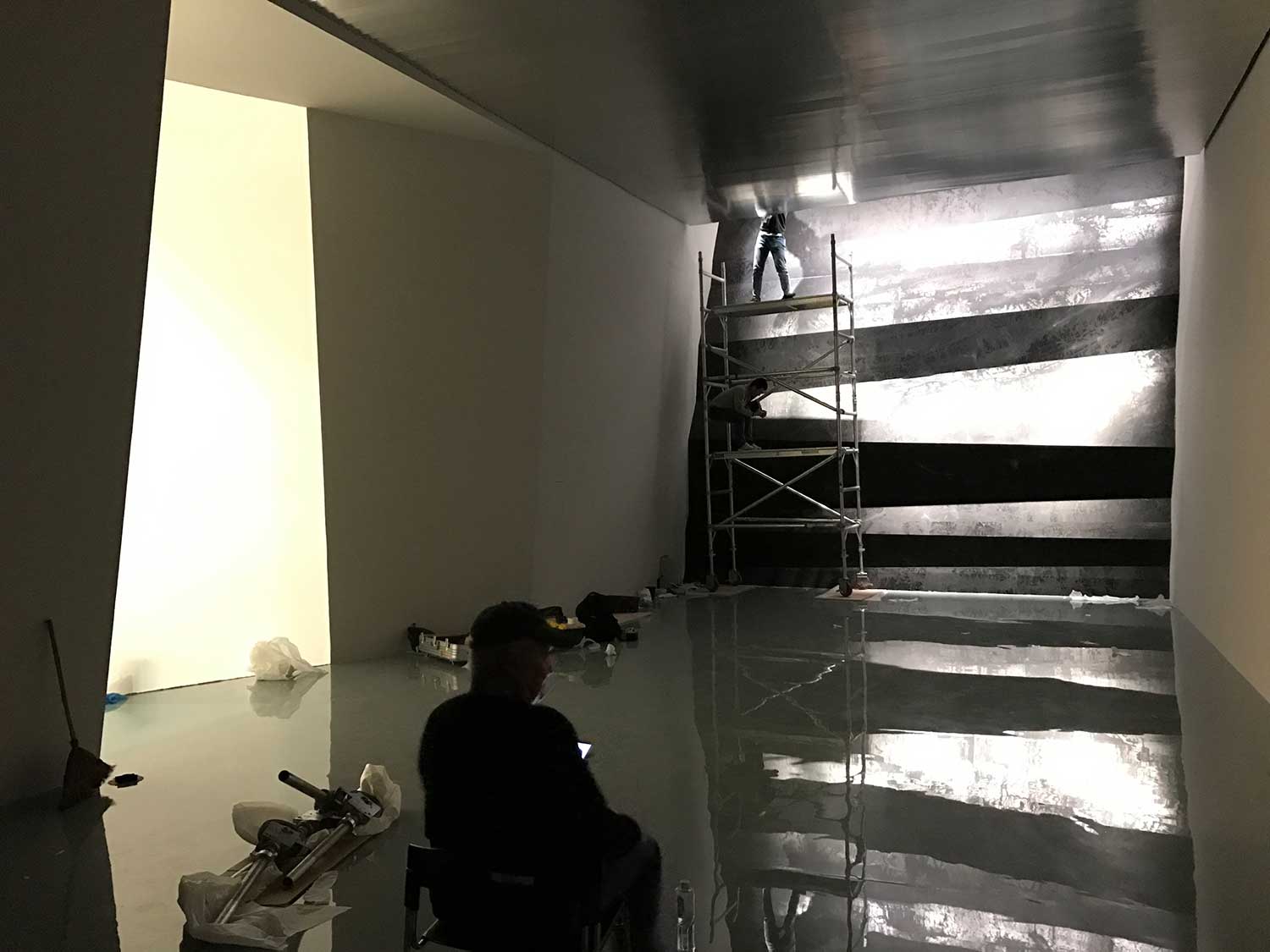 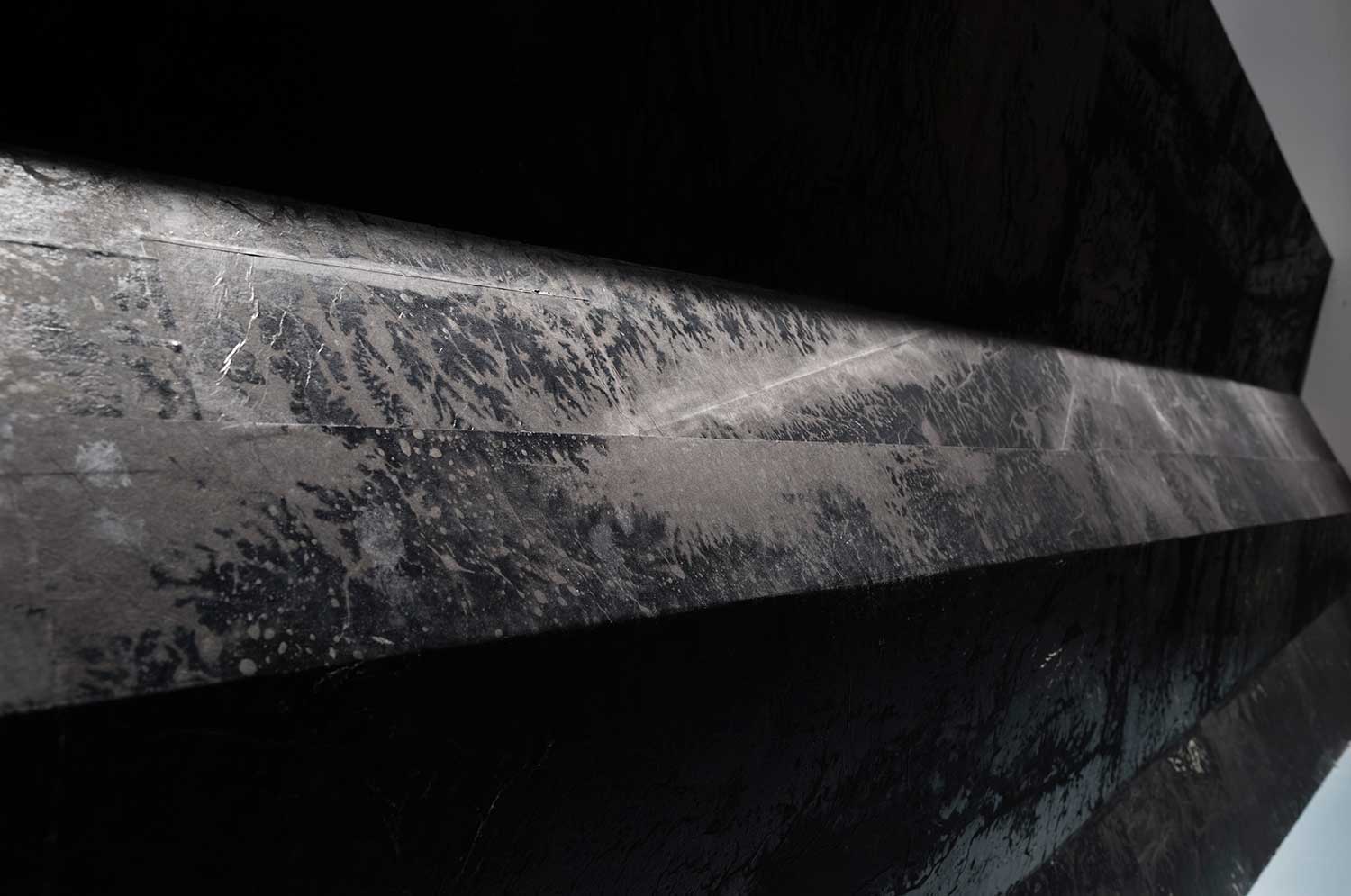 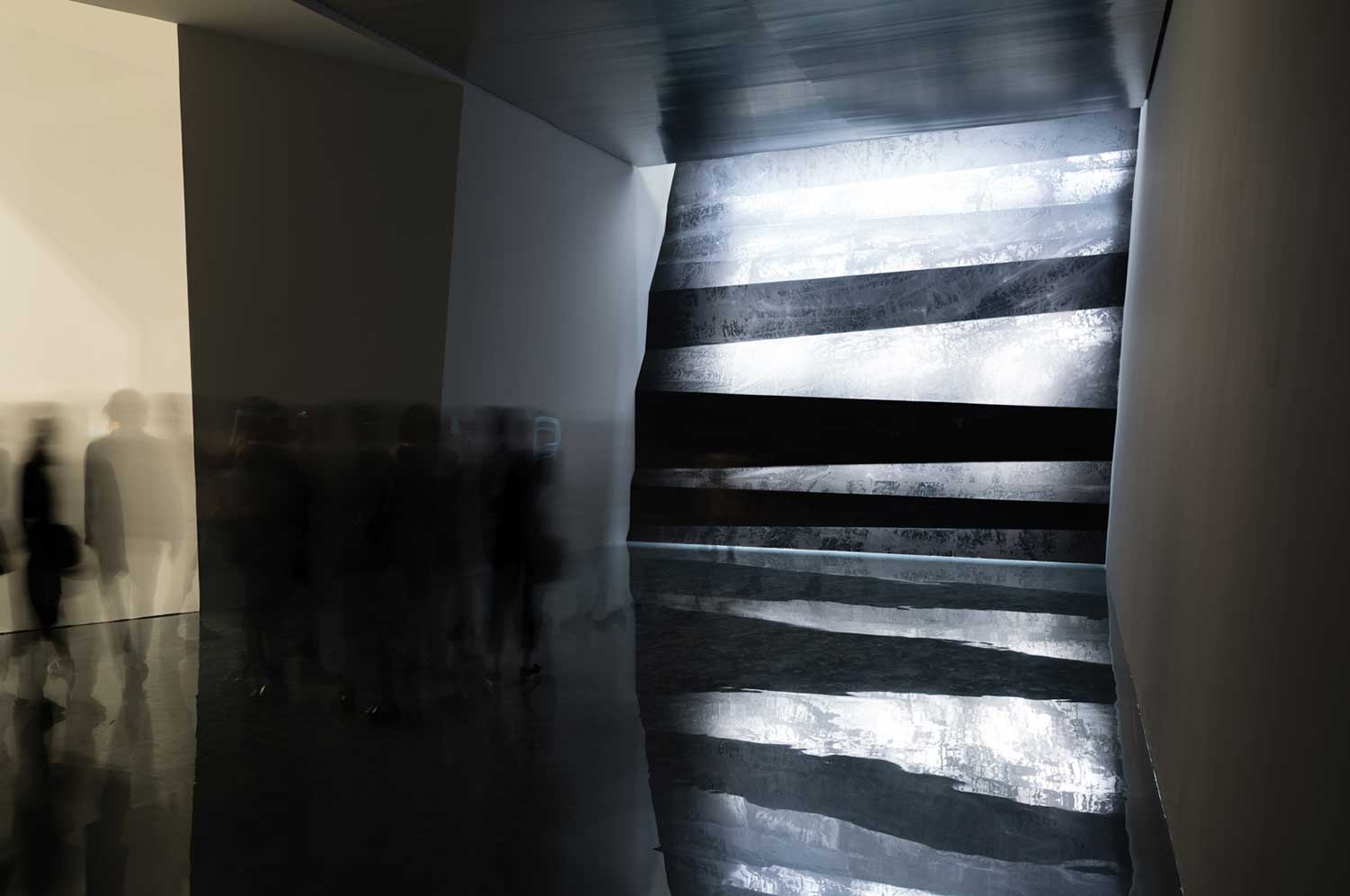 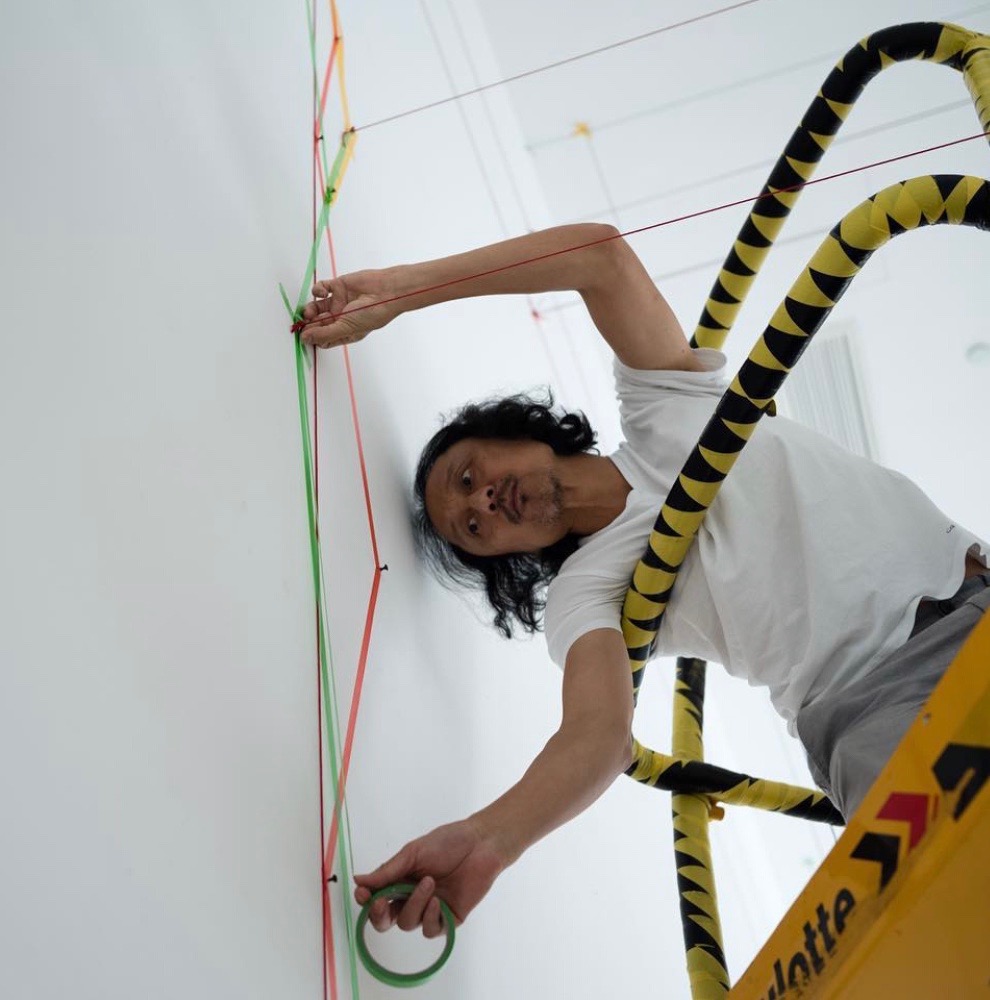 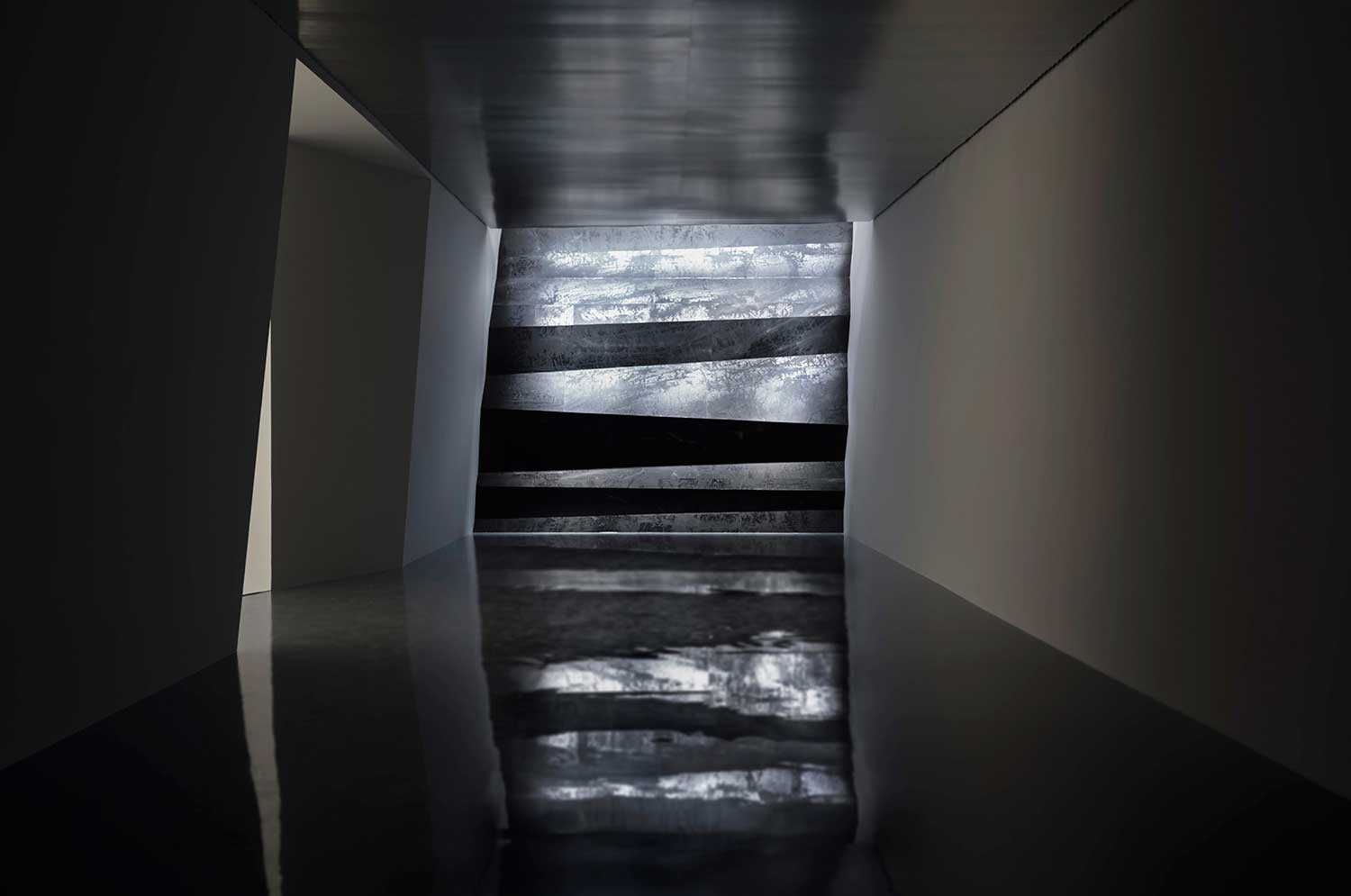