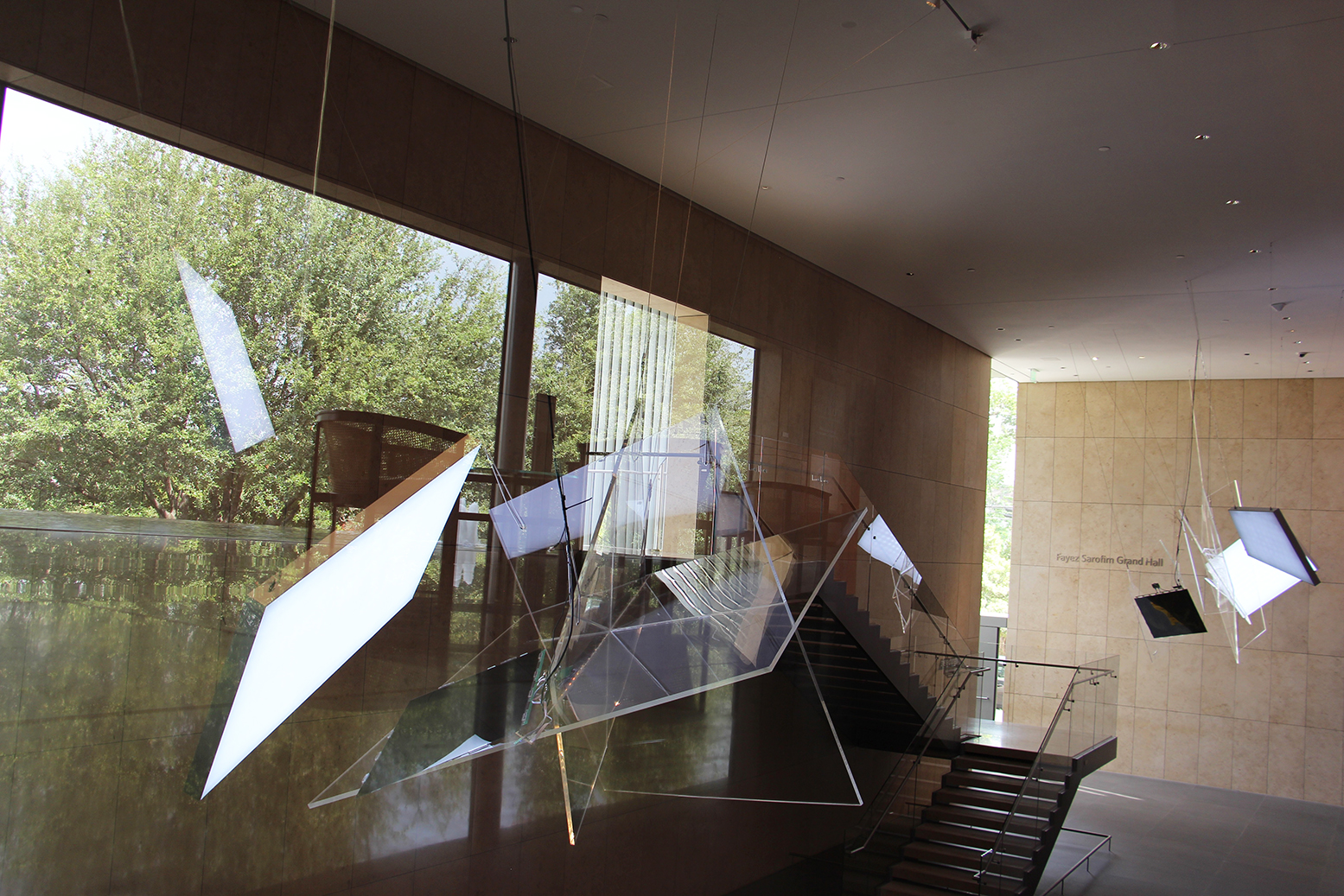 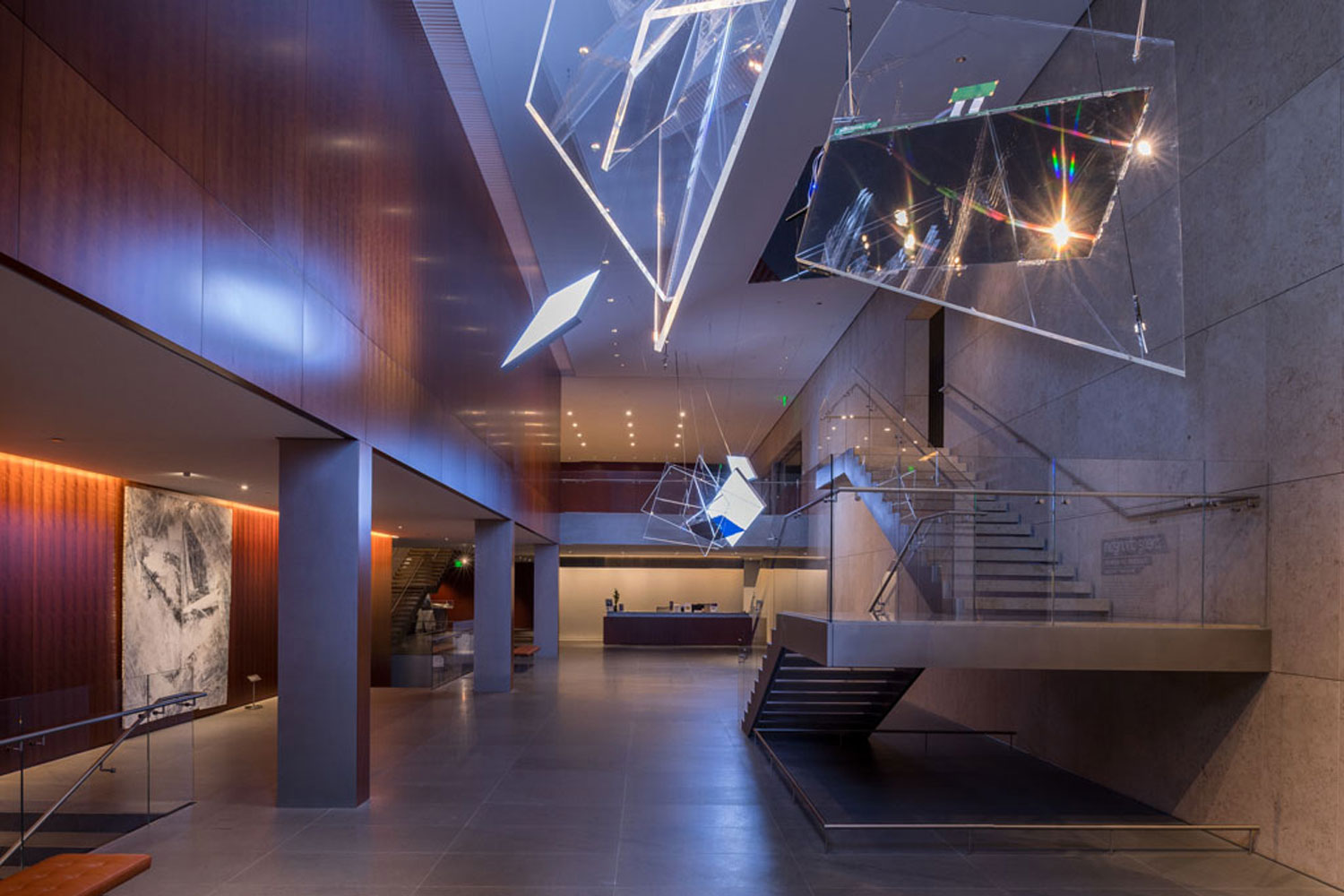 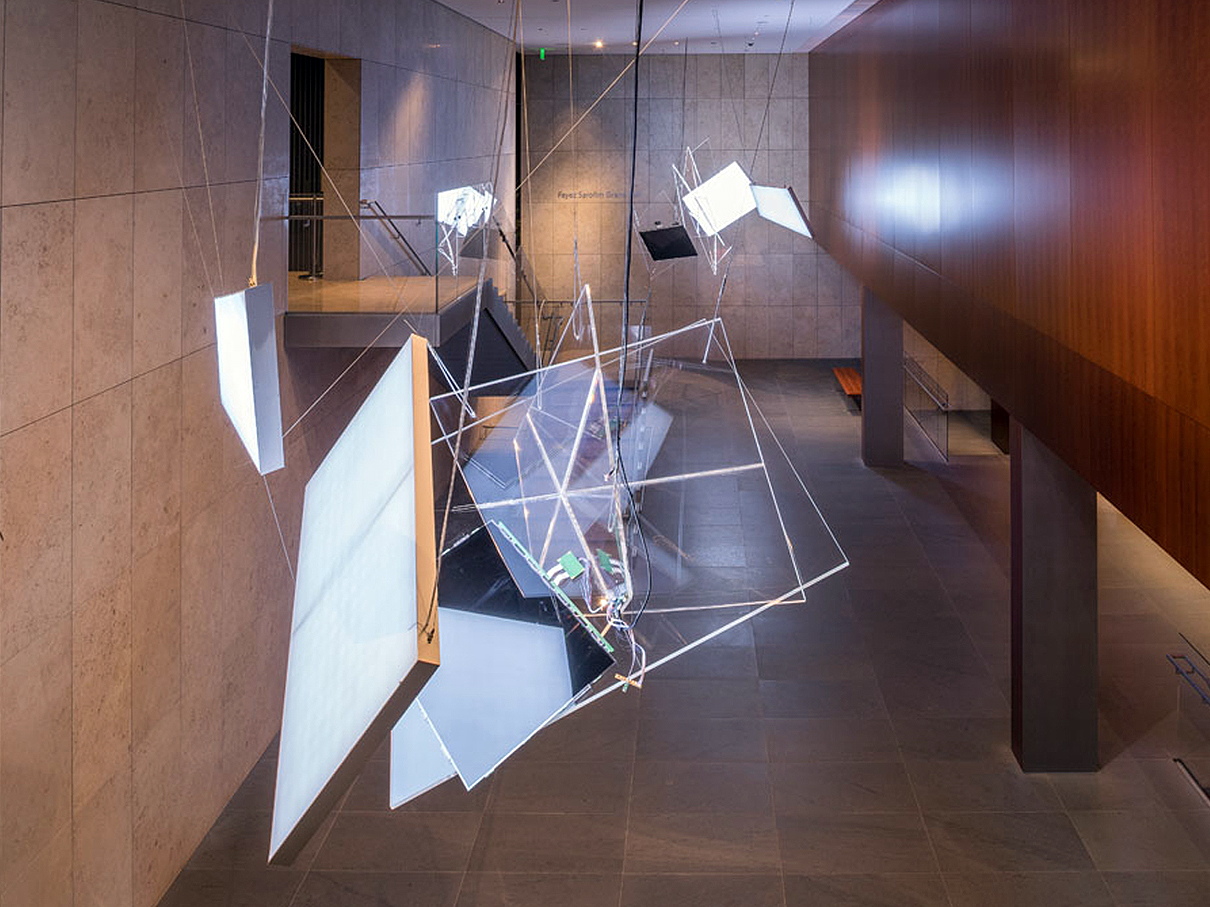 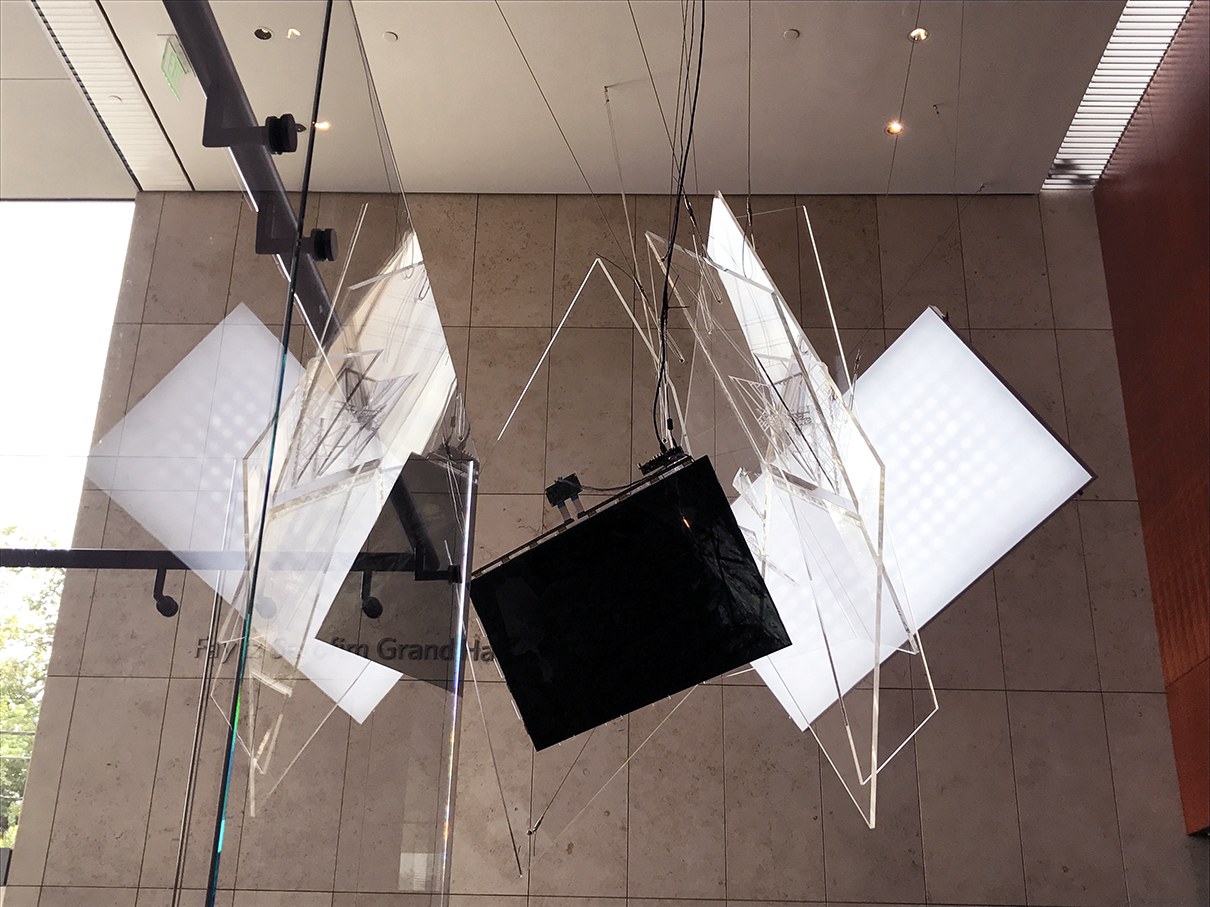 The medium of ink is frequently associated with classical Chinese art but in Zheng Chongbin's works, the medium evokes an experimental quality which transcends chronological and geographic determinations. By looking holistically at time as a continuum rather than as starkly contrasted traditional and contemporary eras, his paintings and installations defy singular interpretations. They exist in a nexus including Western and Eastern art of various time periods, such as Chinese figurative painting in ink from centuries past, and current American artists whose work he was first exposed to upon arriving in the United States

The paintings in the exhibition are not intended to be viewed in isolation, but instead as integral components of the total installation. The surfaces of the paintings can be read as maps to the structures suspended from the ceiling. The paintings' strong linearity and matrix-like forms resonate with Asia Society Texas Center's Yoshio Taniguchi-designed architecture, and its light, space, and sounds. The sculptural clusters in turn respond to the architecture, using its rectilinear strictures as a supporting grid for their catapulting, airborne movement, and resulting transformation of the space.

Clusters of Memory incorporates elements such as ink, water, acrylic, paper, and light to emphasize memory in its physical form as a neural function, and in its less concrete forms as shared experiences and transmitted remembrances. The juxtaposition of digital and natural components renders the presumed boundary between organic life forms and technology more permeable, perhaps suggesting a greater, unified whole.
‍
This exhibition is originated by Asia Society Texas Center. 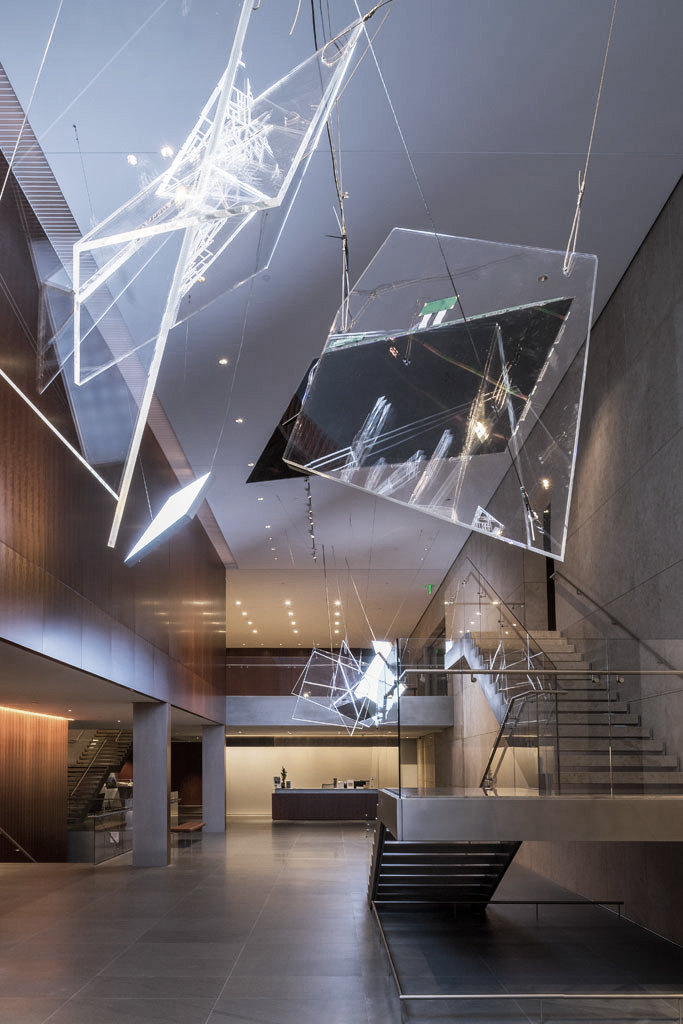 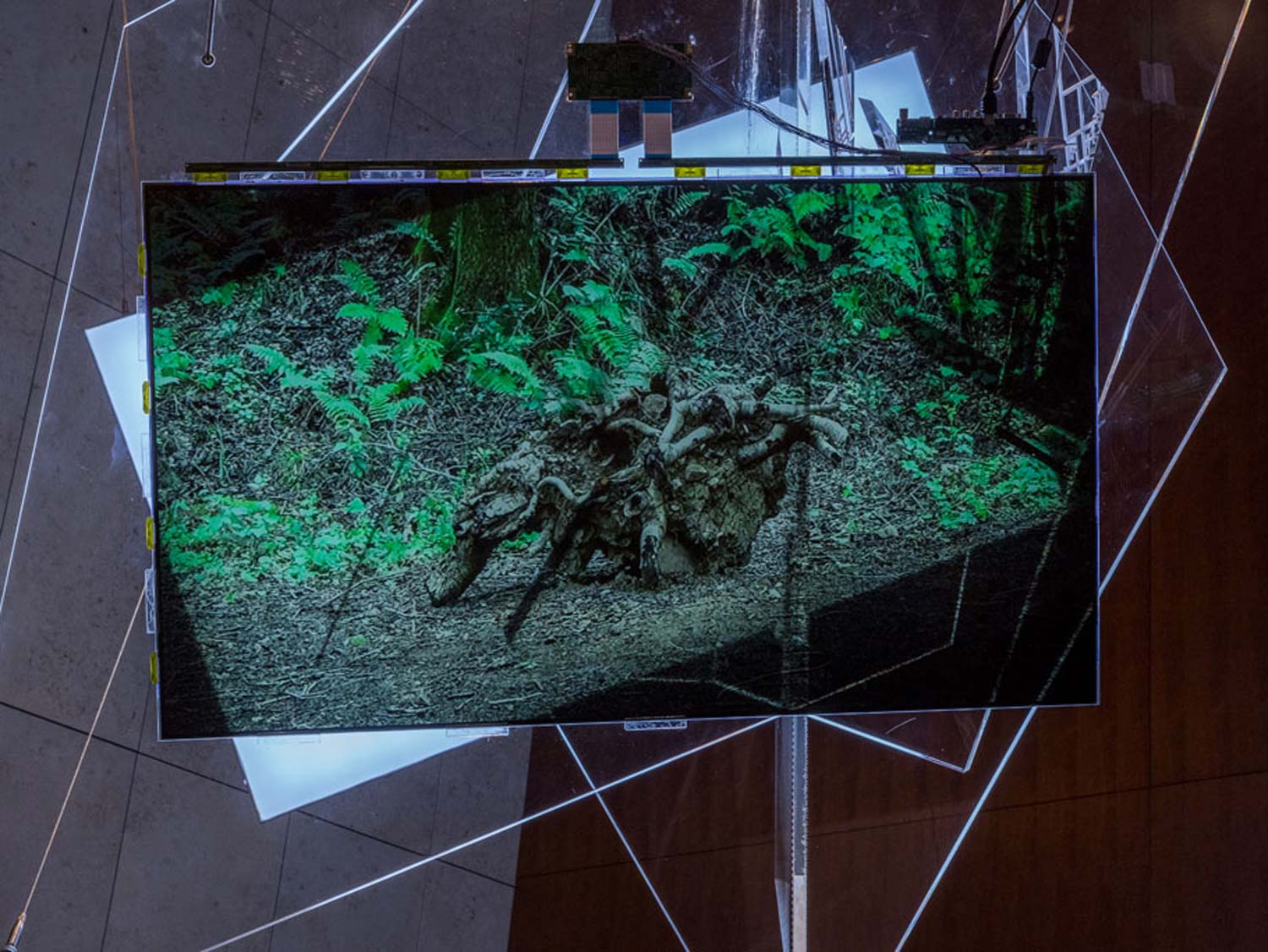 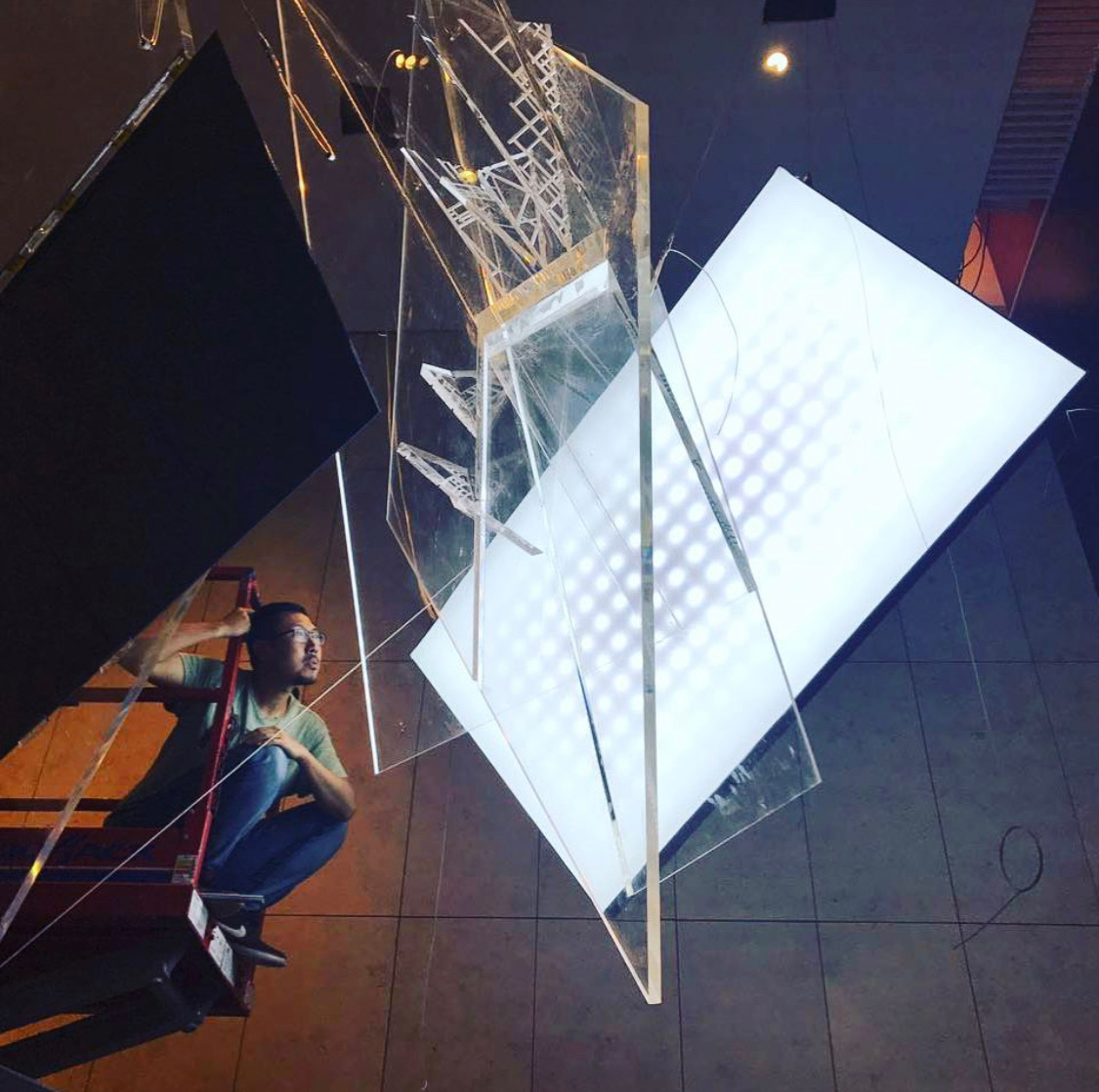 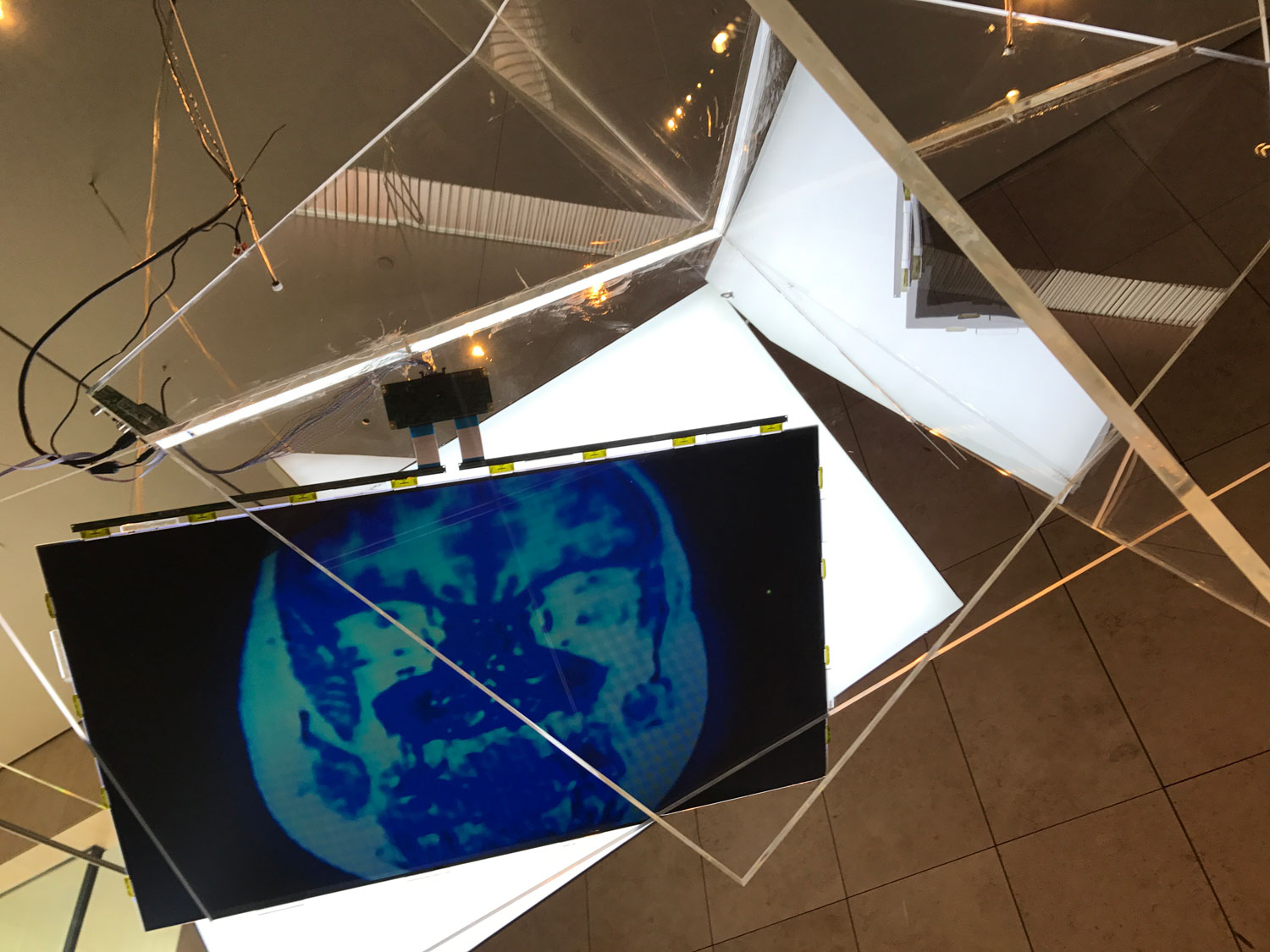 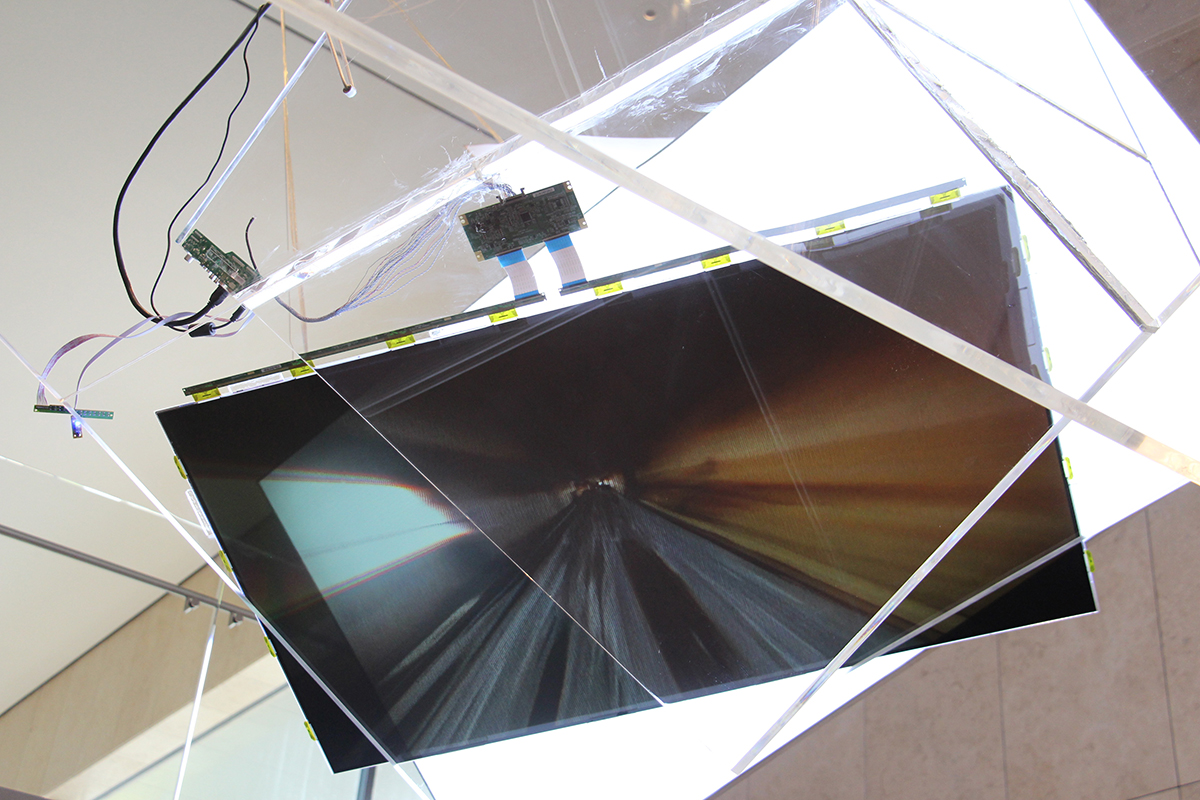 Static line can be rendered to make motion. The curving arc of water forming waves can move without moving. Its movement is latent, implied, understated, understood. The stark dynamism of waves from ancient ink painting shares a secret language of form with dancing waves of neon that leap and surge with a visual intensity as the current accelerates. Roiling white water offers an incantation of forms found in nature. Swirling bubbles emerge from water black as ink. The fractal language of ink maps onto aerial views of mountain that stretch themselves outwards across space at the lithic speed of geology, unfolding into ordered ranges of stolid persistency, yet moving—like the waves and the water—nonetheless.

The expanding ink blot opens into time and space like the mouth of a black hole, or the pupil of an eye, opening to consume light. It is both aperture and void. It is a landscape of homologous topologies—“geometric properties and spatial relations” that share a common structural logic or shared formal ancestry. There is an intrinsic rhythm to its movement and a mysterious yet rigorous logic to its modes of transformation. Like the mythological creature, the chimera, it is both hybrid and shape-shifting.
‍ 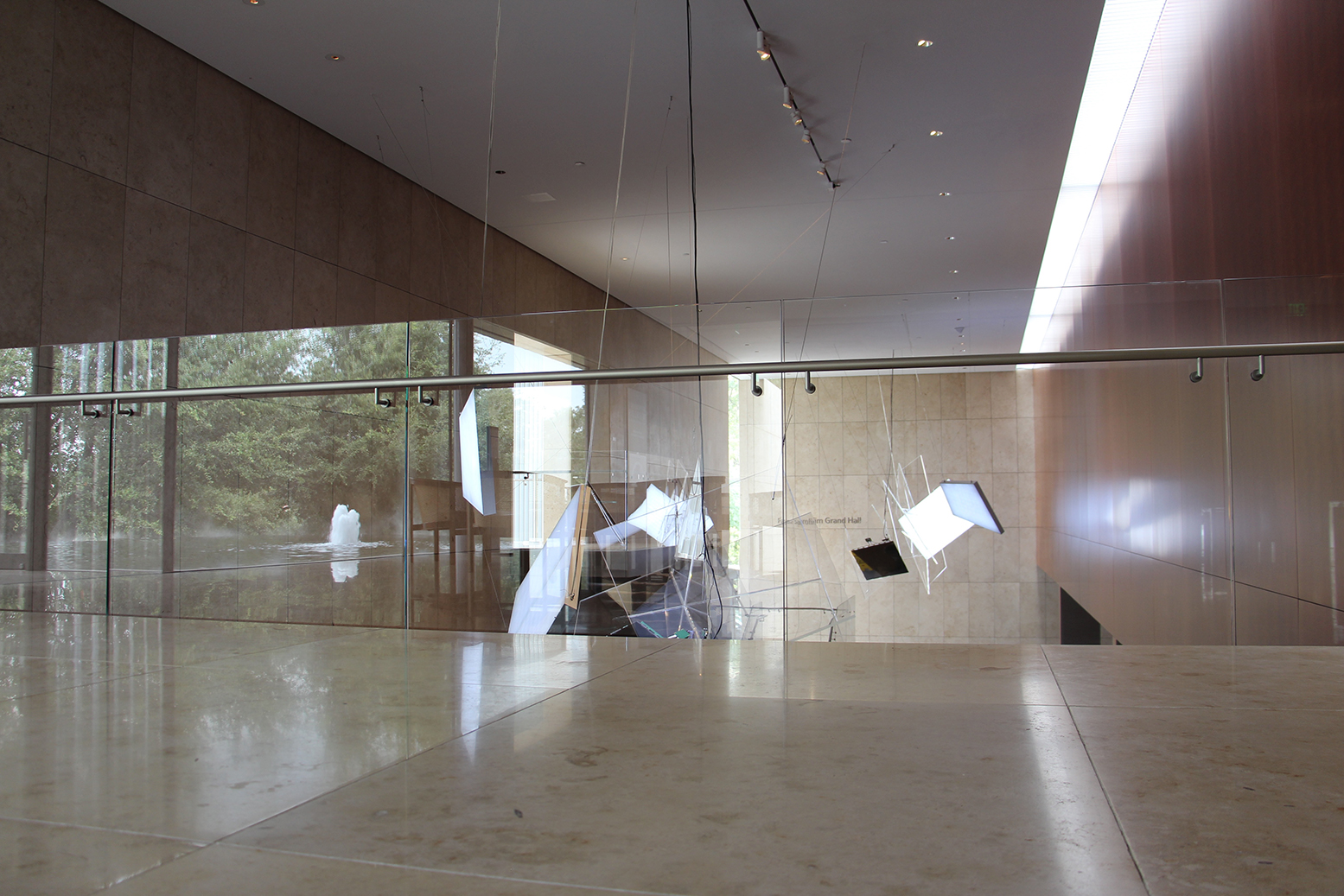